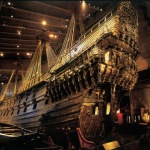 Looking for a gala dinner venues in an external venue in Stockholm? Is it important that the Gala Dinner also works as a networking event? We have one of our most amazing venues ever in Stockholm – the extraordinary ship the Vasa, in the awe inspiring Vasa Museum. But there are other possibilities for larger incentive groups.
The Stockholm City Hall is the venue of the Nobel Prize banquet held on 10 December ea 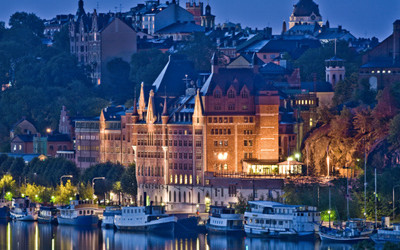 The Brewery, totaling 6000 square meters, is divided into eleven unique rooms and halls of different size and character. Most of the rooms and halls have direct access to large terraces and balconies, and nearly all offer a fantastic view of the city center of Stockholm including the City hall, the Old city and the glistening waters of the surrounding archipelago.

The Skeppsholmen Church (Swedish: Skeppsholmskyrkan) is a church on the islet of Skeppsholmen in central Stockholm, Sweden, secularized in 2002. Inaugurated by King Charles XIV John and still officially carrying his name, it was designed as a neoclassical octahedral temple inspired by the Pantheon in Rome,borrowing the coffered ceiling while substituting the oculus for the temple-shaped lantern light. 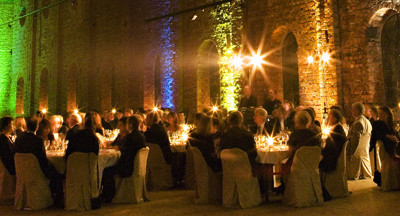 In beautiful Vinterviken, only 15 minutes away from Stockholm city lays the old factory of Nobel from 1891. In this incredible building there are neither crystal chandeliers nor velvet chairs, instead our ceiling is adorned by wooden beams, brick inner and outer walls and wooden floors.

Organize a gala dinner or dance under gold and stucco right in the heart of Stockholm. The stage in the Big Hall made Berns the nightlife hub of the 1880s. This is where an astonished audience saw the can-can dance being performed for the first time, and where superstars like Rihanna, Robyn and Bob Dylan perform today, upholding Berns’ cultural status. 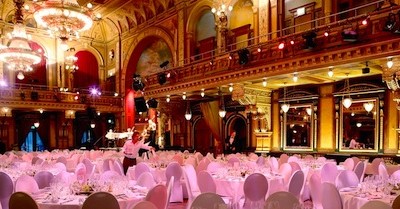 Stockholm is a city unlike any other. A pulsating metropolis with ancient roots ringed by glittering water. A compact yet important city sur- rounding by stunning countryside and archipelago. The city has many world-class attractions. For instance 32 sights are Guide Rouge starred.

The Vasa Museum houses the only fully preserved 17th- century warship in the world. Stockholm City Hall, which hosts the Nobel banquet every December, is an architectural masterpiece, built in the national romantic style.The metropolis of Stockholm is also a very at- tractive meeting place. Exciting food, conventions and cultures form part of the fabric of this vibrant city. Offering everything you expect of a big city in abundance with the immediacy and accessibility of a small town that all adds up to a winning combination.