What’s On In Uppsala

If you have some more days in Stockholm to spend this autumn you should pay a visit to Uppsala approx 70 km north from Stockholm city, 35 minutes by train from Stockholm. Here is a list for Events and concerts. 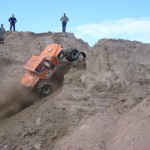 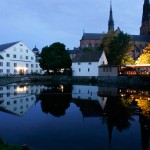 September 11, Culture Night in Uppsala
Uppsala’s largest cultural manifestation, to be arranged for the 22nd year. Hundreds of activities for children, young people and adults in Uppsala from mid-day all through the night. Art, music, literature, dancing, theater, performance art, films, and more. The choices are endless and there is something for everyone.
Place: Uppsala.
www.kulturnattenuppsala.se

October 1-3, Student Orchestra Festival
STORK 2010 is a student orchestra festival that. The festival has about 800 participants and student orchestras from all over Sweden. Concerts are taking place in various premises in the evenings and on the streets of Uppsala during the day.
Place: Uppsala City
www.rikssmask.se

October 6, RJD2
Ramble John “RJ” Krohn started his career back home in Ohio, USA. He is a cult artist in the world of skateboarding. A mix of hip-hop, soul and pop.
Place: Uppsala Concert & Congress.
www.ukk.se

October 13-16, Uppsala International Guitar Festival
Artists from all genres and eight different countries converge in Uppsala to present you with the utmost in musical experiences, special knowledge through workshops and seminars, and the chance to be part of a unique meeting place for everyone who loves guitars or just loves music.
Place: Uppsala Concert & Congress.
www.ukk.se

November
October 31 – November 28 Festival of lights (Allt ljus på Uppsala)
Allt ljus på Uppsala, a festival and exhibition created to provide beauty, joy and security in Uppsala city centre during one of the darkest months of the year. This year’s festival of lights invites you to a 3 km long walk in Uppsala. Along the way you will pass 15 sites, well-known buildings, parks, street environments and river banks colored and lit with great imagination and creativity.

November 27-28 2010, Uppsala Christmas Market
Charming Christmas atmosphere in and around St. Eriks torg (square). Christmas shopping in the downtown area, with entertainment and stands on streets and squares. On Sunday, the market will end with a splendid show of firesworks in the Botanical Garden, sponsored by the local Uppsala newspaper, UNT.
Place: Uppsala.

December
December, OD Caprice
Concert with famous men’s choir from Uppsala, who are joined every year by secrets guests at their “Caprice.” Founded in 1853, the choir has always been a torchbearer of great Swedish choral tradition but also actively searches for new ways for male-voice choirs to find their musical expression. Who the secret guest or guests are is only revealed during the performance. Conductor: Cecilia Rydinger-Alin.
Place: University auditorium, University Hall.